Stinknet is a noxious winter annual composite native to South Africa. Emergence starts in late November and plants can continue to germinate and emerge through the month of May in wet years. Leaves appear “carrot-like” dark green and twice dissected and have a strong odor. Flowering starts in late February and can continue through May. Flowers are bright yellow and ball shaped. 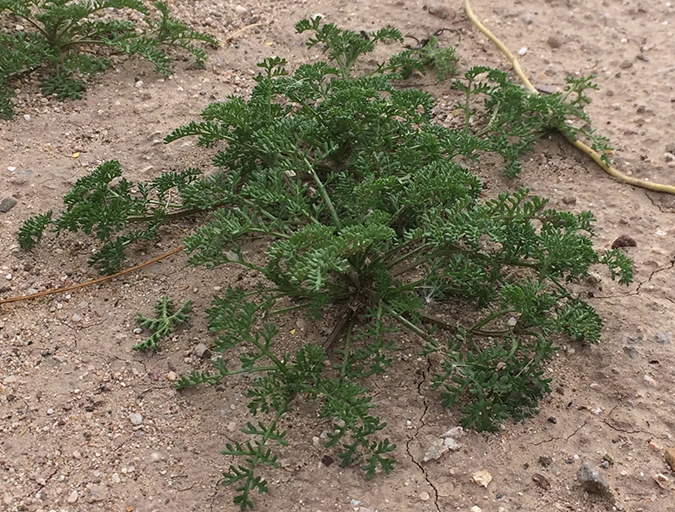 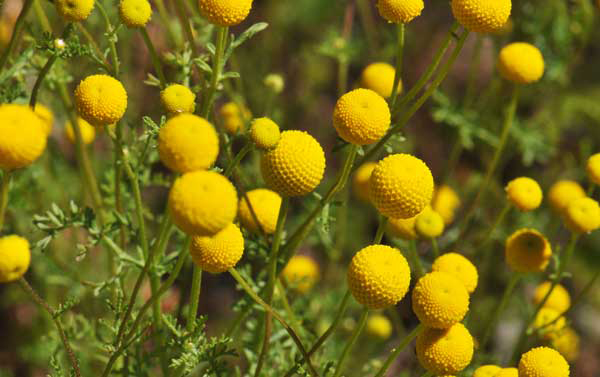 Plants grow in dense clusters and easily displace native vegetation. During growth the plants can cause severe allergic reactions, both dermal and respiratory. Infestations spread rapidly along roadways and open fields in residential areas, dried dense patches are highly flammable, and the smoke is caustic. 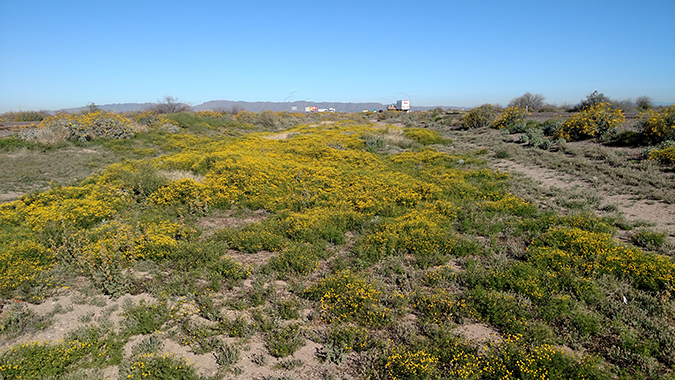 Glyphosate alone is not reliably effective on emerged plants due to the finely dissected leaves and oily epidermis that resist herbicide absorption. The addition of a surfactant like MSO® (methylated seed oil) or Hasten® significantly enhances glyphosate effectiveness. Any additional herbicide applications should be made by licensed applicators and with strict compliance to the label. Herbicide recommendations can be found at SWVMA.org.

Stinknet has heavily infested counties in California between Los Angeles and San Diego. In Arizona Maricopa county and parts of Pinal county. There are incipient infestations in Pima County around Ajo and Tucson.

The first records of stinknet in both California and Arizona date to the early 1980s and in Arizona the early 1990s. An incipient patch was first recorded in Tucson in 2015 on the northwest corner of Prince Rd and I-10. That site was the ADOT equipment yard for the 2012-2014 interstate widening project. In Arizona, stinknet explosively spread in Maricopa County during the wet fall-winter season of 2016, 2018, and 2019 with heavy infestations of the north fringes of Phoenix and Scottsdale, along with rapid movement southward along I-10 to Casa Grande.