Saguaro National Park is battling dozens of species of non-native plants, but has a relatively short list of priority plants. At the top of the list is buffelgrass, which is the primary threat to park plant and animal communities. Buffelgrass was first detected in the park in 1991 and today infests thousands of acres.

Our most severe threats in addition to buffelgrass are Sahara mustard, Malta star-thistle, and globe chamomile (or stinknet), which was first found on the park in 2018. Over the years our strategy has changed, and different techniques have been added. We remove buffelgrass (and other invasive species) by digging them up or pulling them. We host volunteer “buffelgrass pulls” every second Saturday September through May. In addition we often partner with groups to arrange special pulls. We have also begun to do volunteer pulls in more remote areas, sometimes with “camp outs.” 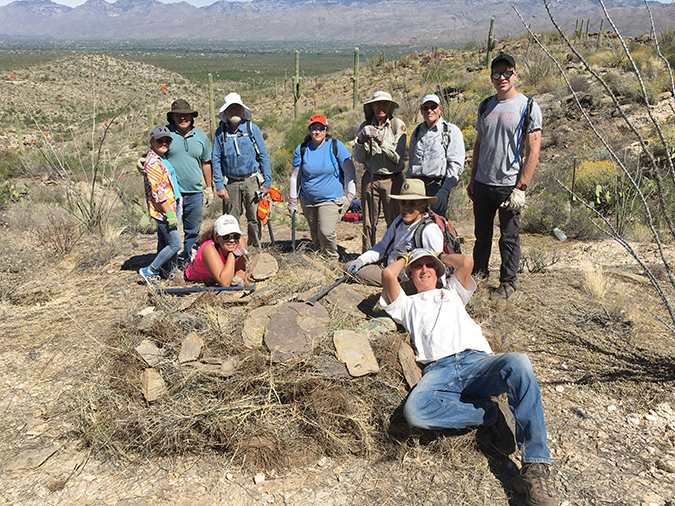 Because many invasive species are spread by people or horses, we have a “Weed-Free Trails” program. The volunteers in this group hike the park’s trails looking for priority invasive species. We recently added a corps of volunteers who have plant identification expertise, and they scout for any new weed species. The best way to prevent damage from invasive species is to detect them as soon as they arrive and eradicate them before they can multiply. 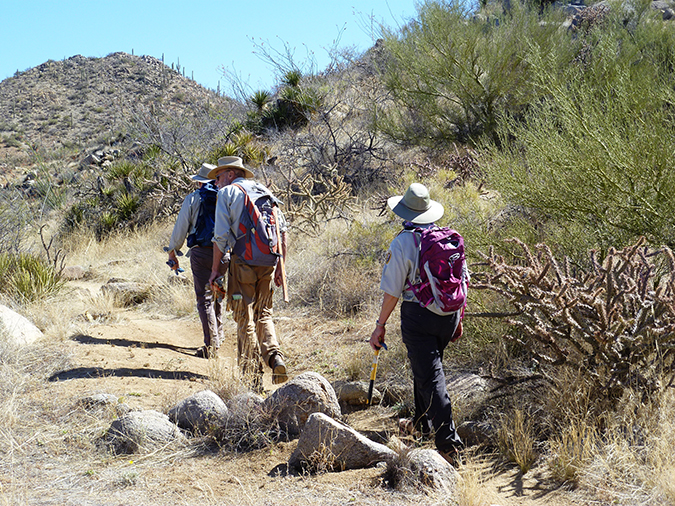 In 2004, the park began using herbicide, mainly because of the rapid spread of buffelgrass. We use glyphosate-based herbicides on buffelgrass. Spraying on foot is done by park staff and interns, youth conservation corps crews, and at times by the National Park Service’s Southwest Exotic Plant Management Team, which is based in Tucson. 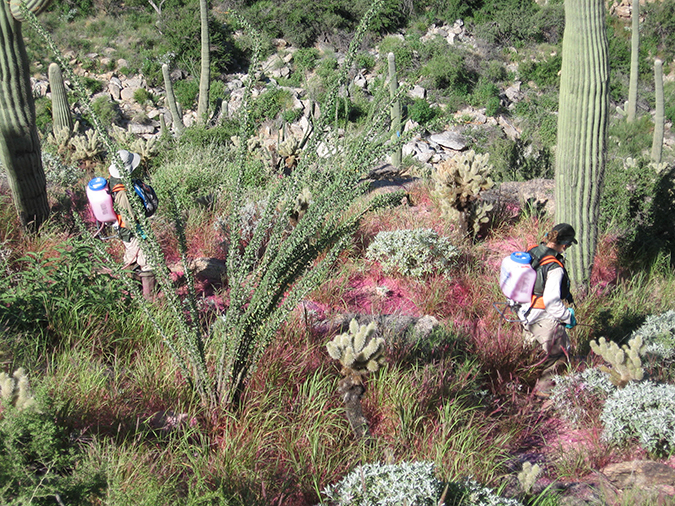 Buffelgrass had outpaced control efforts, so in 2014 the park began aerial spraying. A helicopter with a boom sprayer is used on large, dense buffelgrass patches in remote areas, where buffelgrass has eliminated most native plants. To reach small patches that are too far or too steep to reach on foot, in 2018 the park began using a helicopter with a spot sprayer suspended underneath. The helicopter can hover over these small patches that would otherwise go untreated and spray them. 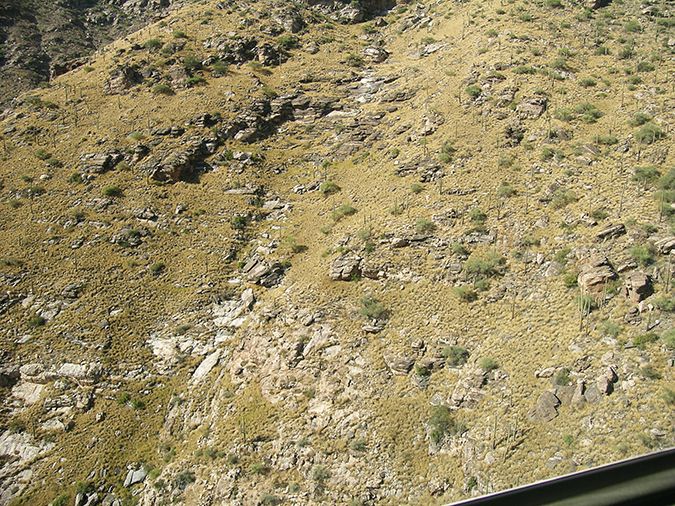 Very large, extremely dense buffelgrass stand has replace much of the native vegetation.