Malta star-thistle is a winter annual or biennial forb in the sunflower family. In this area, it is almost exclusively an annual. In dry years, adult plants may be a few inches tall, but following wet winters or in wetter sites, they can reach three feet tall. Its foliage is dark green and covered with short, fine, white, cottony hairs.

Compared to yellow star-thistle, Malta star-thistle is usually shorter and bushier and its foliage is darker and bluish green versus lighter and yellowish green. The spines on its heads are dark toward the base and are half as long (usually less than 3/4 inch) as yellow star-thistle.

Plants may germinate in the fall or early winter or not until early spring. There may be staggered germination throughout the winter and spring. The smallest seedlings have entire, oblong leaves which makes them difficult to differentiate from other species. Later they produce a characteristic basal rosette of deeply lobed leaves. Usually a single seed head is produced in the basal rosette phase. In late winter or early spring (January-April), if sufficient moisture allows, one to a few main stems begin to elongate. They sprout multiple branches, each with multiple seed heads. The bases of the stem leaves continue along the stem, creating “wings” on the stems. Seeds can spread by the wind or by people and animals, and UC Davis reports that seeds may live 4 years or longer in the soil. 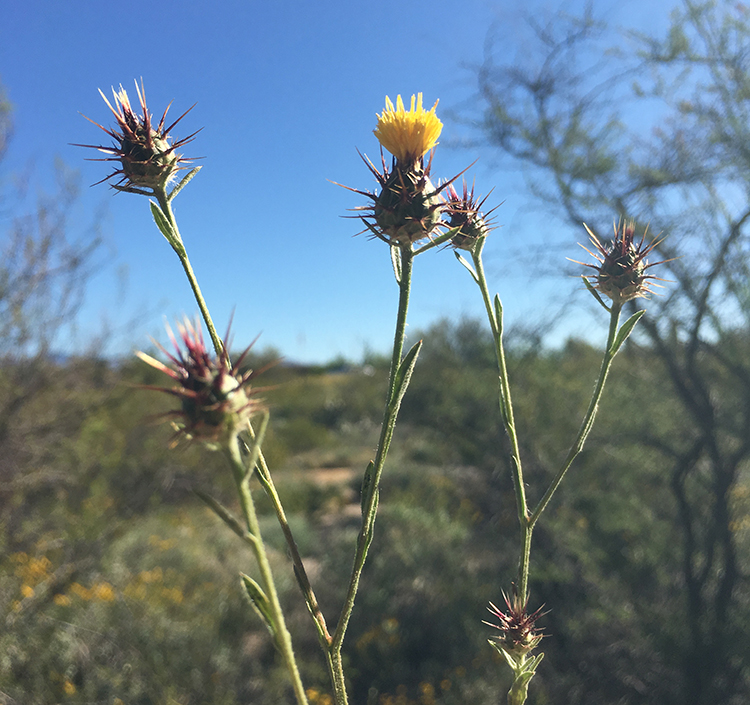 Malta star-thistle grows in a wide variety of habitats in southern Arizona, ranging from urban streets to undisturbed native habitat. The species seems to be in the early stages of invasion in this area and is increasing rapidly. Monocultures have not been observed yet, but it has produced large patches a hundred yards long and containing over 1,000 plants in wildlands, and nearly continuous strings of plants on roadsides. It is negatively impacting some native species in California. Some sources report that it is toxic to horses.

Hand pulling or digging is effective at all stages. The plant is relatively easy to remove except when soils are dry and hard. As seed heads become mature, the plants should be bagged and removed, or instead piled and “rocked” to reduce seed spread. The initial basal seed head adds to its resistance to control by allowing early dispersal of seed.

Herbicides for broad-leaved weeds are effective in killing the plants, including those containing 2-4 D, aminopyralid, transline, dicamba, and glyphosate, but if applied during flowering may be too late prevent seed dispersal. 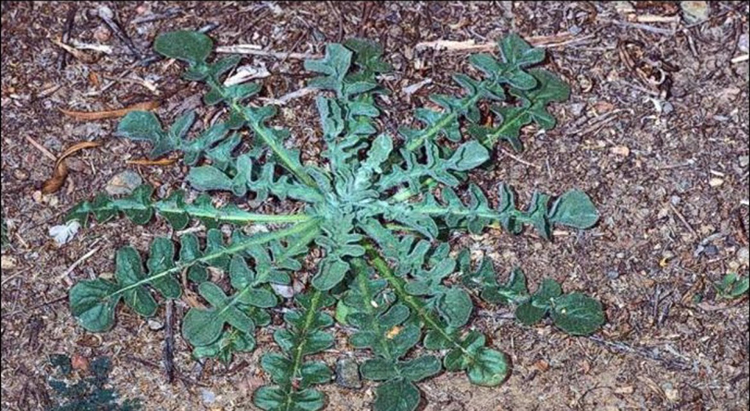 Malta star-thistle in its basal rosette state. Photo from University of Nevada, Reno.

Malta star-thistle is native to the Mediterranean area, but is now found in several states in addition to Arizona (AL, CA, GA, ID, HI, IL, MA, MS, MO, NV, NJ, NM, OR, PA, TX, UT, WA, and WI). In Arizona it is nearly statewide. It is also in British Columbia, states in northern Mexico, Europe, Asia, and Africa. Interestingly, in Malta it is listed as threatened.

It has been declared a noxious weed in New Mexico and Nevada and identified as a moderate threat in California.

The species can invade undisturbed desert habitats and also thrives in sandy washes and riparian areas. It is common along streets and roads in the Tucson area. It has been found up to about 5,000 feet in elevation. 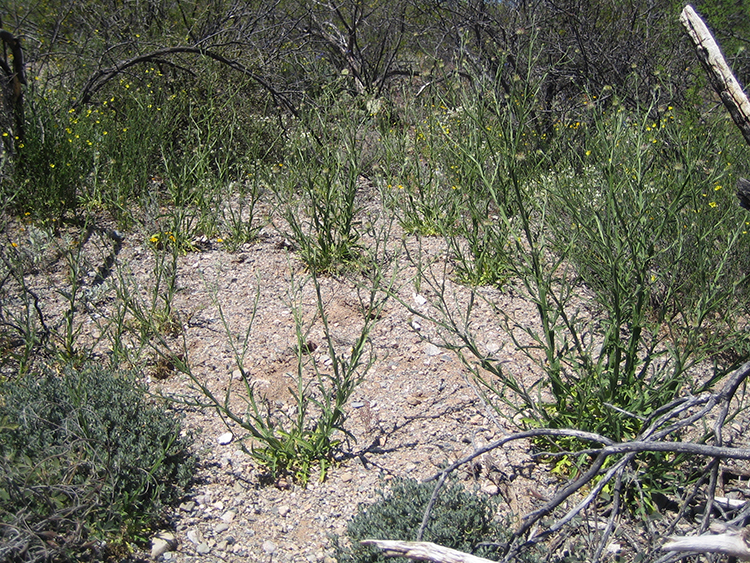 Malta star-thistle was brought to CA by the early Spanish colonists as a contaminant in grain seeds. The mobility of people and goods have then spread the species across much of North America.