Saltcedar, or tamarisk, is a deciduous shrub or small tree native to Western Europe, the Mediterranean, North Africa, northeast China, and India. It is a long-lived plant that generally grows to be between six and thirty feet tall. The branches are smooth, flexible, slender, and break off easily. The leaves are small and scaly, and saltcedar has the ability to drop its leaves to withstand lengthy periods of drought. In young plants, the bark is smooth but it becomes furrowed as the plant matures. The root system of tamarisk is extensive, and is largely responsible for its competitiveness and survival under stress. Initially, the primary root grows steadily downward with little branching until it reaches the water table. Once the water table is reached, secondary root branching becomes profuse. Adventitious roots develop from submerged stems allowing the expansion of saltcedar communities to occur quickly through vegetative reproduction. Seedlings mature rapidly and produce small, white or pinkish flowers by the end of their first year of growth. The flowers, in turn, produce many three to five valved fruits that usually have a tuft of hair on the end to aid in wind dispersal. Seeds can also be carried and deposited along sandbars and riverbanks by water. A single saltcedar plant can produce as many as 600,000 seeds per year. The seeds remain viable for only a short period of time and require saturated soils to germinate and survive the seedling stage. Therefore, the plant is usually found along flood plains, river and stream banks, salt flats, and irrigation ditches. The genus Tamarix contains many species (as many as 54 species are formally recognized), which makes the taxonomy of the plant confusing. Field identification is also extremely difficult because various species are often differentiated on minute morphological details. 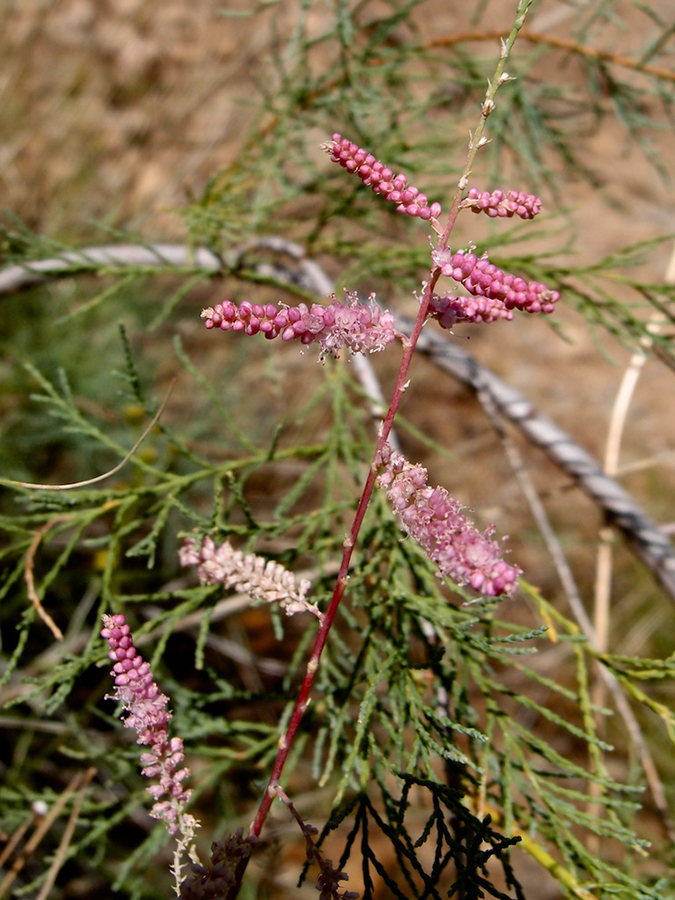 Tamarisks are extremely invasive in riparian communities, often nearly completely replacing native vegetation with impenetrable thickets. They are extremely competitive against native vegetation because they are aggressive usurpers of water. They also sequester salt in their foliage, and where flooding does not flush out soil salts the leaf litter increases the salinity of soil surfaces. Dense stands of saltcedars support lower biodiversity than the natural communities they displace.

Saltcedar displaces native vegetation, such as willows and cottonwoods, in riparian ecosystems, and is generally less valuable to wildlife than the native communities that it replaces. Dense stands of tamarisk have caused local flooding by impeding water flow at high water stages. It also decreases the available water to other plants by having deep roots that can tap into ground water more efficiently than native plants. Saltcedar trees need large amounts of water to grow, thus the presence of a dense stand of trees can actually lower the local water table. A secondary effect of tamarisk invasion is the increased frequency of fire in impacted areas. Areas with this species are more prone to fire because tamarisk contributes to a heavy fuel load on the ground beneath them. The fire tolerance of saltcedar coupled with the fire intolerance of many native shrubs effectively leads to saltcedar dominance in a relatively short period of time. 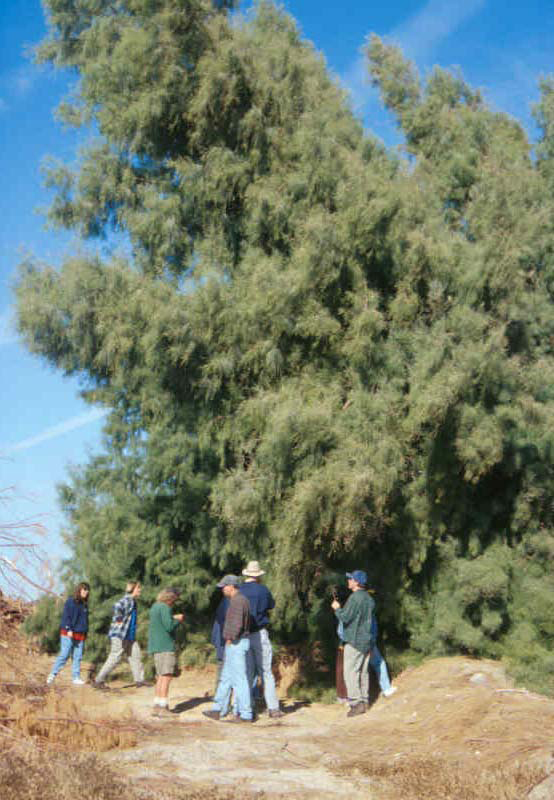 There are teams of "tammywackers" in several states that are making progress in local areas. Specially modified jacks are used to grip and pull trees up by their roots. Cutting and treating the stumps with herbicides gives good control. Aerial spraying is being used in large areas where tamarisks have completely taken over. In areas too large or too remote for manual control, flood management can reduce the dominance of saltcedars. Periodic floods prevent saltcedars from forming dense thickets, permitting native trees and substory plants to establish and maintain codominance.

Tamarisks occur mostly on low ground where water collects. They are most abundant in riparian habitats, both natural and artificial, often in extensive pure stands. They are less common in drier places. They thrive in alkaline and saline soils.

Tamarisks are almost throughout the Southwest below about 6,000 feet elevation. In Arizona they are widespread, especially south of the Mogollon Rim and in the Grand Canyon. 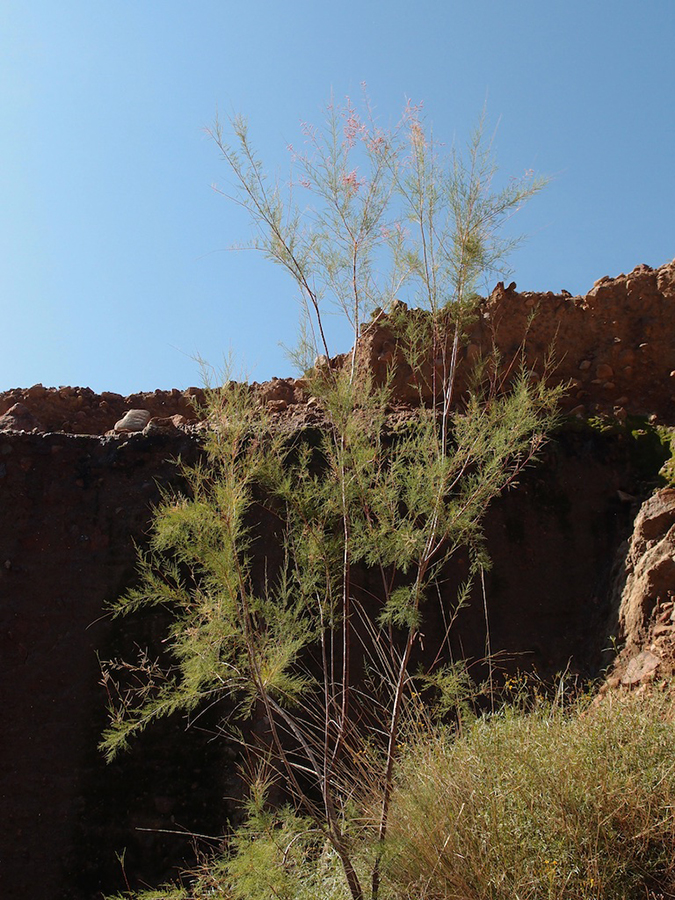 Various species of tamarisks were in cultivation in the United States in the early 1800s. The National Arboretum released T. pentandra in 1870. Tamarisk was first noticed to be escaping from cultivation in 1880, and by the end of the century it was common along southern Arizona and Texas rivers.

Tamarisk was introduced into the United States in the early 1800s, from Eurasia. Some were introduced for their ornamental value, others for planting in windbreaks or to stabilize eroding stream banks. Soon after its introduction, saltcedar escaped into the wild and has taken advantage of the human alterations of riparian systems to expand its range